Rudaí 23 has definitely been worth the time and effort I have put into it. I have implemented a number of things that I have learnt on these Things. This is the story of one such implementation.

"Here, have a look at this cool thing I've been playing with," I said to my colleague after doing Thing 14. I handed him my phone, opened up Aurasma and we never looked back. He was blown away, and immediately began thinking of ways we could use it in the library.

"This would be perfect for Open Evening"

"We'd better get cracking, then!"

I was worried that we were biting off more than we could chew, but after a bit of playing about with the app, we discovered that it is really quick and easy to create new "Auras". The iOS app is loaded with pre-made 3D animations - we used great literary-themed ones (peeking through a brick wall onto Platform 9¾, peering inside The Chocolate Factory, coming out of Dorothy's house into Oz, watching Bilbo search for his Ring, meeting Tumnus through the wardrobe and listening to Sherlock playing his violin), some great art-themed ones (Lichtenstein, Warhol, Escher and Mondrian) and various random bits and pieces. We waved the Aurasma magic over books and pictures, and spread them around the library. We also recorded videos of students saying nice things about books, reading and the library, and linked them Aurasmatically to their photographs to bring their pictures to life. We were excited, proud and eager to show off our creations.

It was all going swimmingly. Everyone we previewed it to was blown away - students, teachers, even the IT department! We reserved 8 iPads for use in the library during the evening, and had 8 students lined up to show them off to our visitors. What could possibly go wrong?!

One by one, our students came to tell us that they had other commitments that evening, until we were left with 2. A stressful and unfruitful recruitment drive followed. Oh, well. Not ideal, but we had three staff members there to help out as well, so not a total disaster.

The total disaster happened on the morning of the Open Evening. We brought all the iPads up to the Library, all with Aurasma pre-loaded. We tested one out. It didn't seem to be working. We tried another one, then another. The iPads didn't like Aurasma. Try as we might, we couldn't get any of the Auras to work on any of the tablets. We only had a vague (and not particularly exciting) back up plan for the evening, so we pestered the IT department to help us. They tried everything, to no avail. We were worried, stressed and disappointed. But then...

Someone found a stash of iPads. We tested one. It worked. We tried another one, then another. We were saved, with about two hours to spare! Elation! Joy! RELIEF!!!

The evening itself went fantastically. Parents and children were blown away by the displays - they were great conversation starters, and a great way to get kids (and adults) excited, interested and talking about books, art and technology. Senior staff that came around were equally impressed. We would have loved to have even more interactive content - more student videos, book reviews, book trailers... it would be amazing to get to a stage where EVERY book in the library had an Aura attached to it!

The evening was a success1, but it so easily could have been a disaster. What could we have done to make the preparations smoother? The obvious thing is to check the technology well in advance. We just assumed that the iPads would work (you know what they say about assumptions). We also needed to be more organised with our student helpers - if we'd recruited earlier, we would have had many more bodies to help out. And - especially where technology is involved - always have a plan B. Always.

It was certainly stressful and we were lucky this time, but it is when things go wrong that you learn the most. 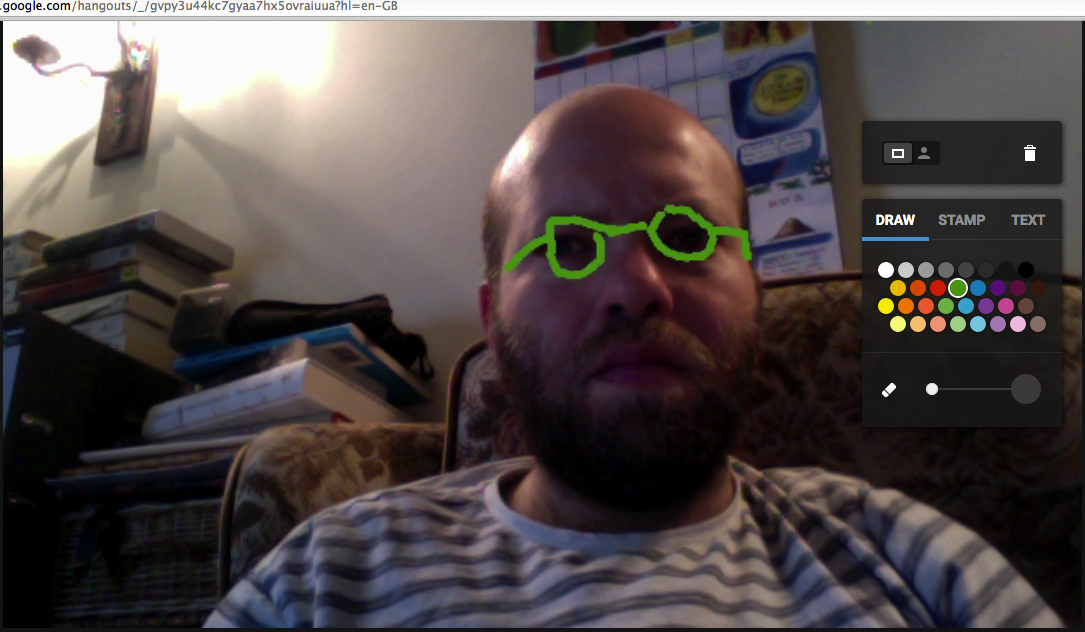