Chris Riddell and the Campaign for School Libraries 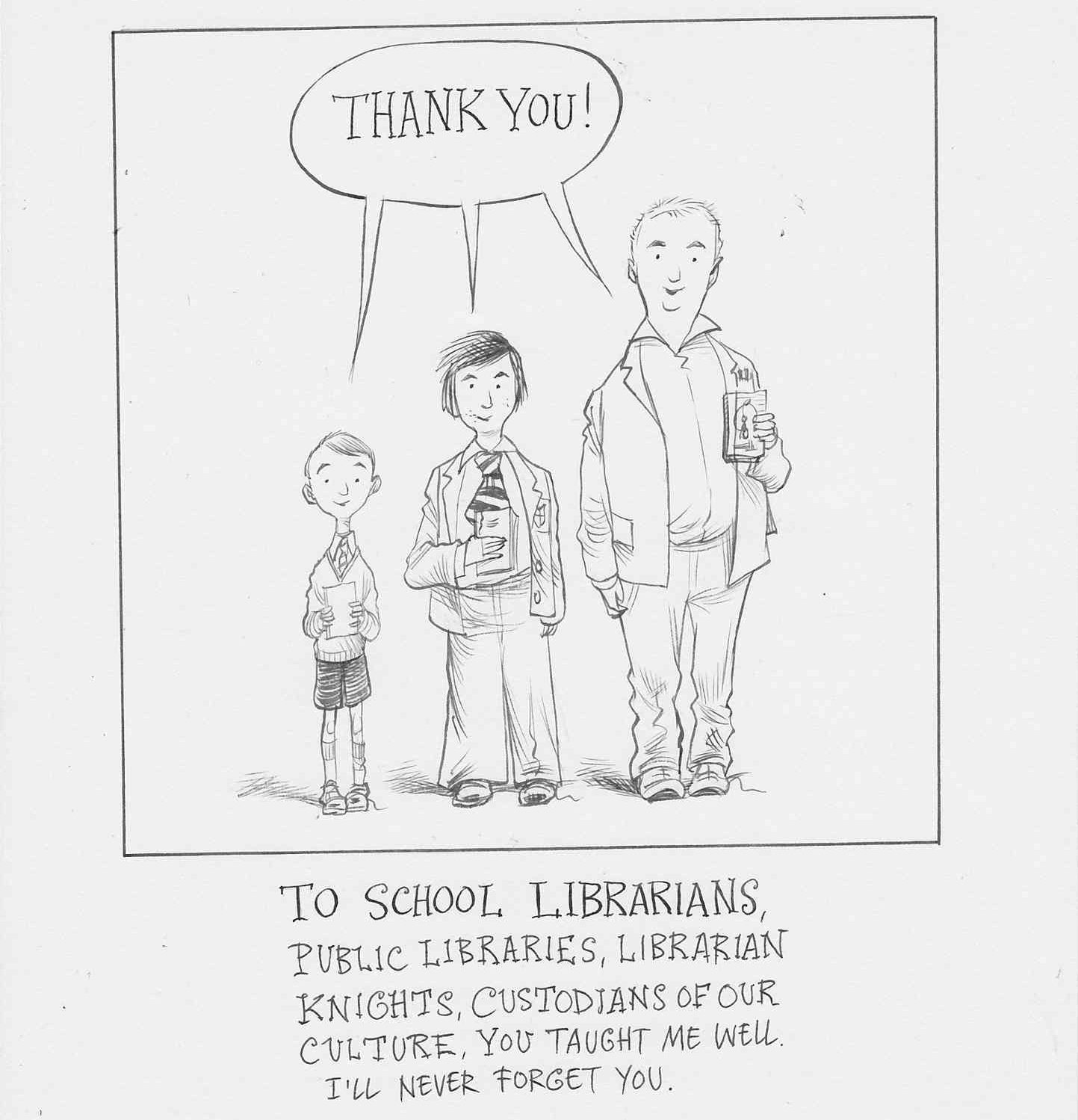 It shall be the duty of every library authority to provide a comprehensive and efficient library service for all persons desiring to make use thereof.

School libraries are also under threat, but they have no such protection in law. It is down to individual schools how well their libraries are funded, staffed or stocked - or even whether they have a library at all. The Guardian (14th November 2016) reported that SLA director Tricia Adams

estimates that over the last decade it has lost around 1,000 members, as “more and more schools are taking the economic route and saying they haven’t got the money and they’ve got to get rid of their librarian”.

Furthermore, school libraries are not currently required to be included in Ofsted inspections. School librarian and former CILIP president Barbara Band bemoaned this lack of statutory protection and regulation, especially given the importance that Ofsted and the govenment places on literacy.

This inconsistent library provision has led to a situation that current Children’s Laureate Chris Riddell called a “disadvantageous school library lottery" in an open letter he wrote to secretary of state for education Justine Greening (see below).

Chris has been using his laureateship (2015-2017) to campaign for school libraries, and he has been supported by all eight former Children’s Laureates (see last page of the open letter above). He has been talking to newspapers, radio and TV stations, politicians and anyone who will listen about this situation.

. . . as I visit schools across the UK I find that library provision is wildly inconsistent. While there are great examples of well-funded and staffed libraries, it is obvious many schools are unable to provide what their pupils need: books they can read for pleasure, and ideally a librarian to help them grow as readers.

I am very lucky in my current position. I’m a librarian in school that seems to value its library. There is a semi-decent budget for buying books, there’s a qualified librarian, I have the support of staff at all levels and across departments, and I have a beautiful library, designed by the people behind Brighton's Jubilee Library.

I am also lucky that Chris Riddell is a local. His children attended my school and he is aware of the emphasis the school puts on its library (in fact, he and Paul Stewart opened our library in 2008). Which may be why he brought the BBC around for a visit last month, just before the Christmas break. They interviewed Chris, me and a few students in our library, and you can view the piece here:

I did also talk (exceptionally eloquently and incisively, of course) about the multi-faceted aspects of being a school librarian, but time constraints and TV editing left most of that on the cutting room’s digital floor.

Chris has been touring schools across the UK to highlight these issues, but it remains to be seen whether anything will change. The government has yet to act on the recommendations of a 2014 report from CILIP and the All-Party Parliamentary Group on Libraries, which is why Chris’ campaign is so important.

Contrary to the shushing stereotype, it is vital that we keep making noise about school libraries. 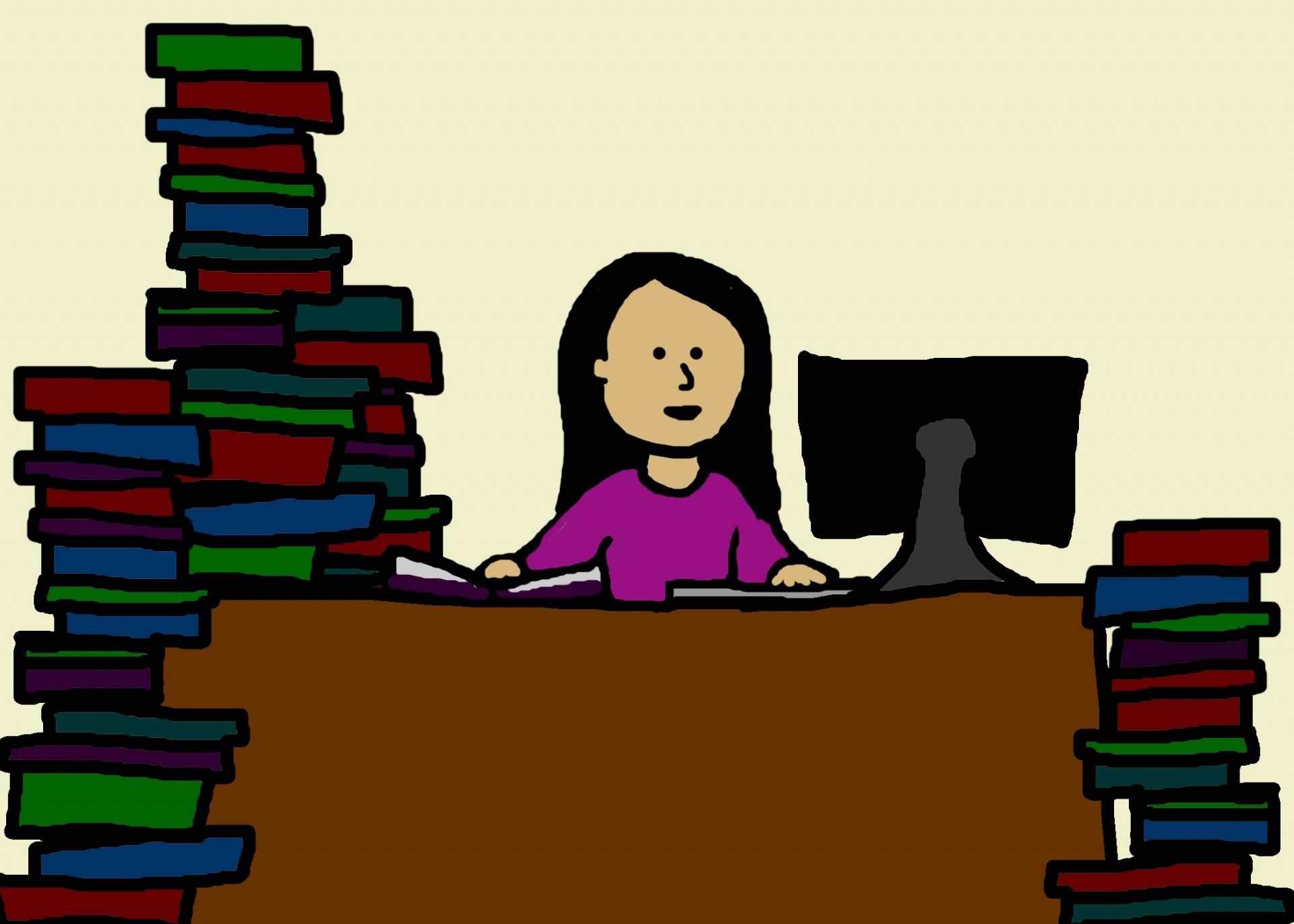 Surviving Your First World Book Day as a School Librarian

2 thoughts on “Chris Riddell and the Campaign for School Libraries”