This time last year, I had to teach 300 children (ten classes of around thirty) how to use a library. I’d never done it before. I had only a vague idea of what I needed to do, and no idea about what the best way to go about it was. Fortunately, I didn’t have to start from scratch - a bit of Googling and searching on the School Library Association’s website gave me a few ideas, and I managed to unearth some of my predecessor’s work on the computer (thankfully, librarians are really good at organising and labelling things!). If you have a local school librarian network, they will prove to be an invaluable resource.

And this is my first piece of advice - don’t start from scratch if you don’t have to. See what other people have done, think about how it is relevant to your situation. Think about what students need to know for them to be able to get the most out of your library (their library rights and responsibilities, how the library is organised, library lingo, the Dewey system, getting recommendations, the catalogue, the literacy programme, study skills, information literacy, etc…).

Having found my predecessor’s notes and work, I set about adapting and updating it. The lessons were based on the Cephalonian method of library induction - students are given cards with pre-prepared questions, which they ask during the lesson, and which I answer. I’ve got the answers I used here - see if you can guess what the questions are! (Number 29 was “Who would win in an epic battle between librarians and zombies?” That always got them talking.) The Cephalonian inductions were split over two lessons, but I am in the process of putting together a condensed, single lesson version (see below).

On the whole, the students seemed to enjoy the inductions - I even caught a few teaching other kids how to use the library after that, which was rather edifying!

These inductions were my first real experience of teaching a whole class of children on my own. I was  nervous (on the Butterflies Scale of Nerves, I was only slightly less fluttery than before performing my first ever gig). But after almost all classes, I felt exhilarated. I was worried that I may develop a taste for teaching! Then again, there were a few lessons where I ended up feeling quite flat. It’s hard to identify exactly what the differences were - was it me, the kids, the time of day, what they had for lunch? Overall, I enjoyed running the inductions and have been looking forward to getting back on the Induction Express this academic year.

Unfortunately, there have been some timetabling issues, which means the Year 7s haven't started their library lessons yet. It might also mean they only get one a month instead of one a fortnight, hence the induction-condensing exercise mentioned above. Even without that, the process of creating induction lessons is a never ending one - things change (our catalogue system got an overhaul over the summer, for example), and you'll find other things to add, tweak and remove as you go along. It's good practice to make notes as you're doing the inductions, rather than waiting until you need to run them again and relying on your memory for what worked and what didn't. 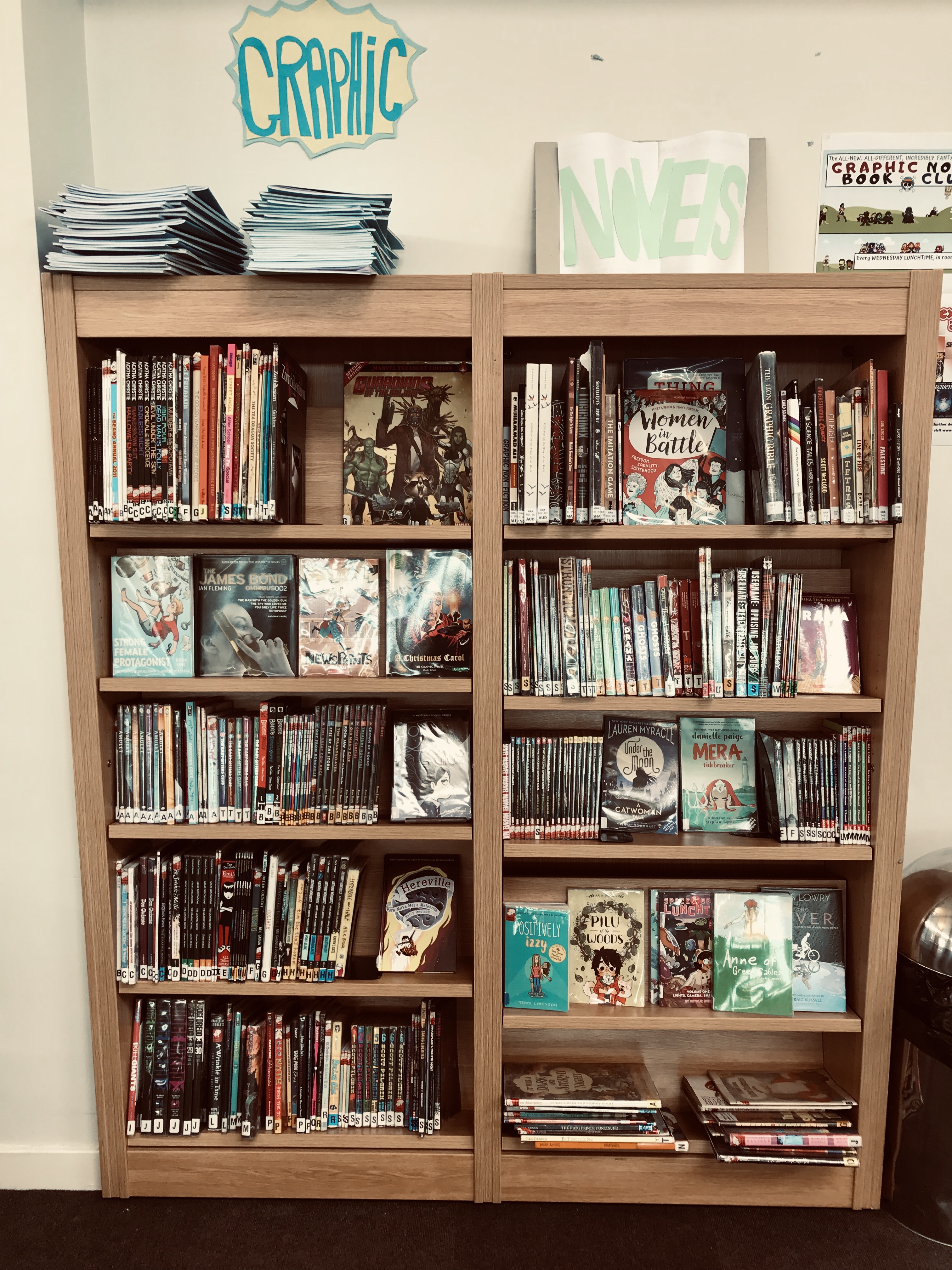 Graphic Novels - Keeping Up With The J’onzzes